The title of this blog post answers every question that’s been tossed at me over the last month. Am I better? Am I done? Do I have a place to live? Am I working? Is the gallery open? Am I eating? The list goes on… Last night, at a huge party, I had to explain myself so many times, I realized, I better write something. Even if it’s just the answer.

I have been fairly MIA on the computer over the last month or so. Fairly noncommittal to anything or anyone anywhere, really. The only thing that gets an immediate YES from me these days is, “are you feeling sick?” So I have a pretty good excuse for disappearing, I suppose. I will ask for your forgiveness for not keeping you better informed, even though you’ll tell me it’s no big deal because I’m sick, and I’ll go on to tell you that’s not a good enough excuse, and then I’ll realize in about 2 hours that I AM still sick and I must immediately climb back into bed still insisting that I haven’t kept up my end of the deal. I know.

Now that we have that out of the way…. 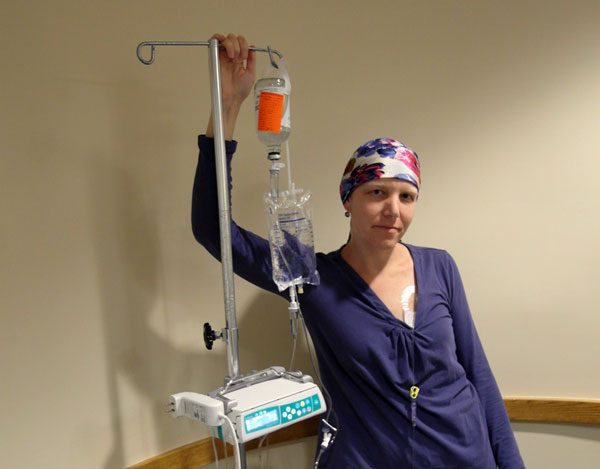 I’m almost done chemo, but not quite. Just THREE MORE WEEKS! It’s been 7 months since this show went on the road. Three more weeks is like telling me it’s a 45 minute wait for my favorite table. No problem. I’m almost done with cancer treatments, but not quite. I’ve got a bit more to do before I can walk away from this wiping my hands on my pants and calling it done. Actually, I don’t know that I’ll ever be able to do that, but I do know that after chemo, there’s a proposed surgery to snag more nodes (which probably still have some cancer in them), and then maybe a couple of months of radiation, and then 5 years of hormone therapy. It’s still a ways to go, but it’s like telling me it takes 5 hours to drive to NYC and feels a little bit like I’ve just hit the Connecticut border. Almost there but not quite and if I can just make it through Connecticut…

There have been some pretty big things in my tiny little world lately. There was an incredible, and I do mean INCREDIBLE fundraising event for me back in May that I STILL have not rightfully acknowledged here. I don’t even know where to start with that one. It was called ALIVE! and if you were lucky enough to attend, it needs no explanation. In fact, those same friends are still working tirelessly to help me and again, I am at a loss for words about the whole affair. There was a spectacular iron pour in my honor at Green Foundry. And in June, two brand new babies were added to my family! My brother in arms Ezra, and his lovely wife and pup, spent the 4th of July eating lobsters with me on the deck at Morrision’s after a failed attempt at sailing. Thank goodness we had shrimp cocktail. And gin. There have been overnights at the Isles of Shoals with domino tournaments and seagull attacks and general nothing-doing. And the ~Best~Wedding~Ever~ (sing it, Stacey!) of two of my nearest and dearest friends just a few evenings ago. Oh jeez, and last night there was a birthday party for Amylyn. A BIG, happy party. And some yoga. Have I gotten out of bed yet today? Almost but not quite. 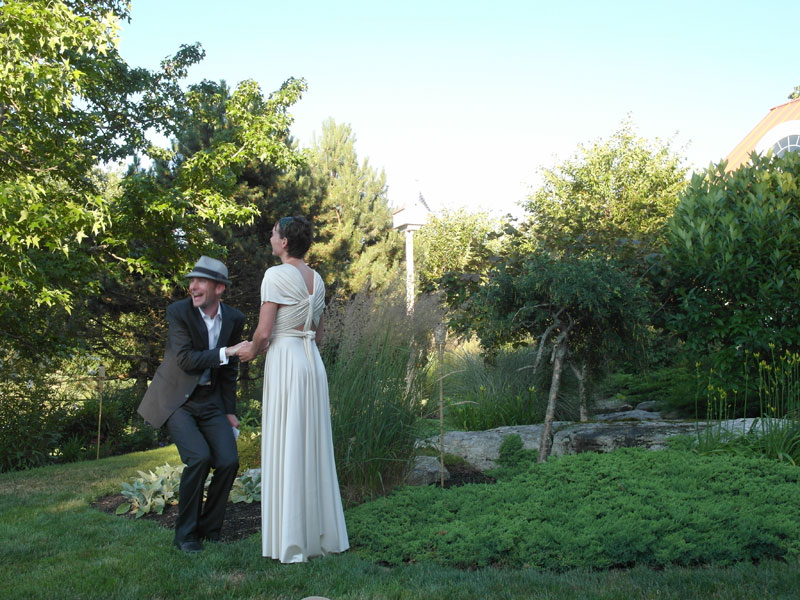 Peter gets excited about marrying Kierstyn in the garden.

OK, blah blah, getting around to answering, wait, filling you in… I’ve been living life hard and I’m paying for it. I’m exhausted. I mean flat out, can’t lift my arms, going to puke I’m so tired, tired. Its the most prevalent thing going, and there are OK days, and not OK days. Never great days. And no, I can’t tell you that in a few days after chemo I’ll feel much better. Because I’ll probably feel worse, and then I’ll feel even worse, and for 5 whole minutes I might feel half decent and then I’m back in chemo. So, do I feel good? Almost but not quite. My nose bleeds all the time. My joints are killing me. My back is killing me. My hands shake, my right arm throbs and swells, and my stomach never stops churning. I sunburn like the dickens. I can’t sleep at night, and I wake up from naps feeling worse then when I went down. I am completely overwhelmed in crowds of people. Grocery stores. Conversations are torturous. My bloody toenails look like they all got slammed in a car door. Everything smells terrible. I have hot flashes and it’s 100 degrees already outside. And perhaps the very very very worst of it all, I can’t stay focused or remember a goddamn thing. Not your name. Your face. Where I was 3 days ago. Where I’m supposed to be in 3 hours. Nada. Am I complaining. Almost but not quite. So in a nutshell, that’s how I feel. Like crap. Most of the time. Thanks for asking.

I rarely say a word unless provoked. It doesn’t seem very useful to me. It’s not like anyone can do anything, and nobody likes a whiner. So I’ll dump some of it here, and then I’ll spend the rest of my time pretending that I am just fine and leave it to you to feel sorry or not as you detect the circles under my eyes or the shades of gray in my cheeks. I’ve been told that I look fantastic. That I am the healthiest looking sick person ever. Thank you for that. It helps me with the pretending. My hair is growing back, slowly but surely. It is thick and dark red and a tiny bit curly and almost but not quite useful as hair so I do not feel very much like a girl at the moment. Many of you have been kind enough to tell me I’m “rockin’ the look.” Ok. Maybe. But just so we’re clear, I would not have ever rocked this on purpose, but thank you for helping me pretend a little more.

And that brings me to this. It is July. If I’m going to be sick, then I’m going to at the very least try to enjoy it. I spend quite a bit of time these days waiting this mess out aboard a ship parked in the ocean. There are triscuits there. And rum. And my book. And sometimes there are other people there, but mostly there are not. I can go there and stare at the water all day long if that’s what I feel like doing. Spy on the fisherman through portholes. Talk to the terns. I listen to music and try to remember what I had for breakfast. I climb into my berth with my seahorse pillows and listen to the water slosh against the hull. It’s safe. I look back at the shore and I think about all the things I’ve given up this last year. I make plans to do them again and then forget them just as quickly as I had to first let them go. When I am there I close my eyes and pretend. Just a little bit more. For just a little bit longer. Almost but not quite,
Ali

4 thoughts on “Almost But Not Quite”