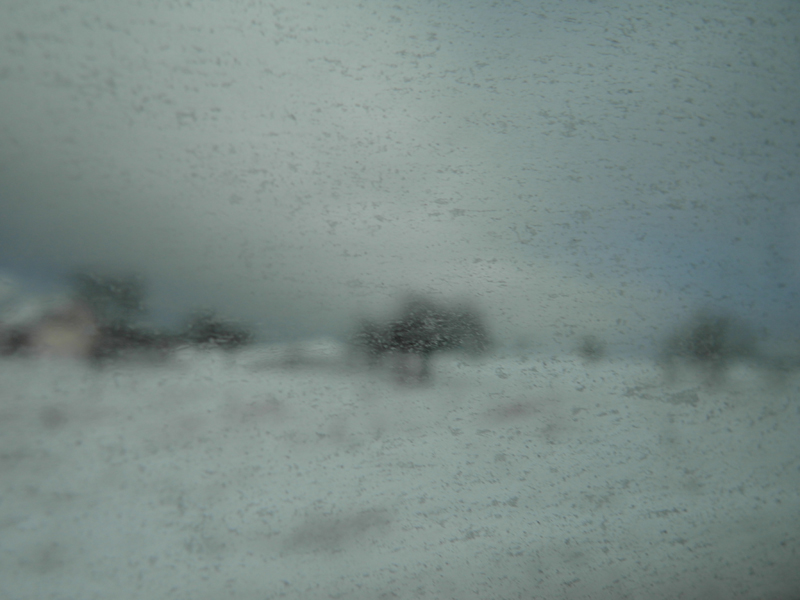 It’s all a blur to me now so many weeks have passed and I can’t remember one day from the next and the hours fly by and it’s 4am and I am just going to bed and when I wake up it’s late but it is still early and people are just arriving from the day before and there’s so much to do before the time is up before it gets dark and then light again and there are hours days nights spent in galleries on subways walking in snow drinking sitting in smoky bars sitting for a painting watching listening talking feeling it’s dark and then it’s light again and there’s a rush to see something to feel something to know something before there’s no time left to try and make out the landscape through a dirty window speeding away to somewhere unknown and exciting and for a moment it is impossible to think that this time this blur is sharpening and it will too soon be time to try and make out the landscape through the dirty window speeding away to somewhere known and familiar sitting dreaming aching for a little more time.

Something has happened.
It’s not terrible so please don’t worry. I’ve been waiting for it. This shift in weight. This light-switch flipped. The hand on my arm in a familiar gesture, a goodbye with a smile and a nod. Absentmindedness without risk. A mutter at the usual, and a grimace at the cold. As quietly as the snow flies in to embrace Berlin, what was foreign has now become familiar and I have wrapped my arms around it warmly.

I had no expectations when I arrived here. Well, that’s not entirely true, but I was only certain that it would be different, and I could only really think to expect that there would be moments, maybe even whole days, where I would ache for the comforts of home. That known quantity of a routine that does not ask you to understand it in German. But I have surprised myself. In a matter of a month and a half, I find myself walking without thinking, towards a bus stop, a cafe, the grocery store, a friend’s flat, the outdoor market, with my hat pulled down and my scarf wrapped tight, and my gaze directed past other faces, subconsciously knowing that I am not lost, and when I find myself on the next street corner, I will know as easily as breathing, which way I am to go.

I think back a few weeks when I first noticed this was happening. I was coming down the stairs of the subway station near my apartment and I took a long hard look down to the platform. Unlike all the times before, I did not glance up anxiously to double-check which side to stand on. I did not trace back across the map in my pocket how many stops to Alexanderplatz, to get to the S2, to change at Friedrichstrasse, to get the U6, to get to the U2 to get to Oranienberger Tor. I did not have to pick through the coins in my hand, flip them all over to see which was which, count them out one by one. I felt in my pocket for their weight quickly so my fingers wouldn’t have time to feel the cold, fed them into the machine, and chose my ticket without translating. I closed my eyes as the train flew through the tunnels and felt the stops and knew exactly when to open them again, to stand, to tap the little circle on the door to activate it.  Achten Sie auf den Spalt! Yes, I even minded the gap.

There are so many moments like this now, where I catch myself in a trance of familiarity. When I look down a corridor and know exactly what’s at the other end. When I hear a street name and know the neighborhood. When I say Tschüss with all the German accent I can muster. I took this photo so I would remember how it felt at the exact moment this world wasn’t new to me anymore. As it goes, I will forget it as easily as I discovered it, and I’ll want to be standing in this moment forever soon. 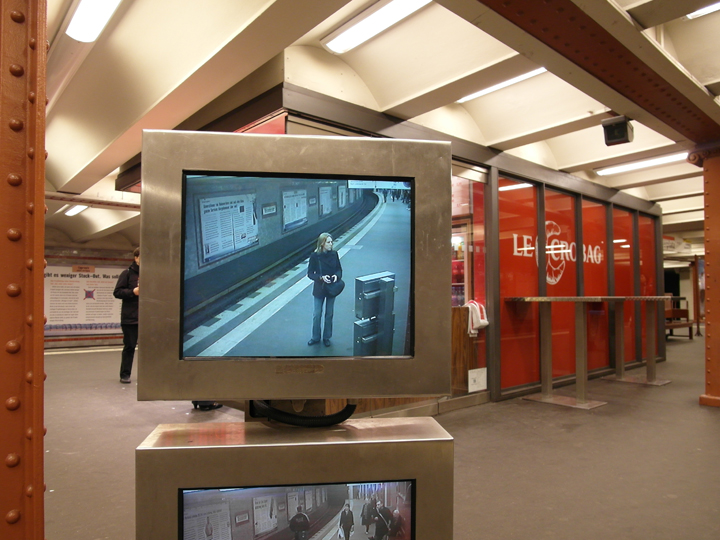 From foreign to familiar and back again…
Tschüss!