The day begins at the crack of dawn, with a hint of hangover, a bummed ride in the bed of a Mexican pet cremator’s pick-up truck sitting next to a plastic tub containing a dead dog, to the closest biggest town 45 minutes North by highway under a blazing Mexican sun to meet up with a couple of mules from the States who have a stash of new photo equipment to replace what was stolen a week ago by El Hombre in a blue shirt and flip flops. 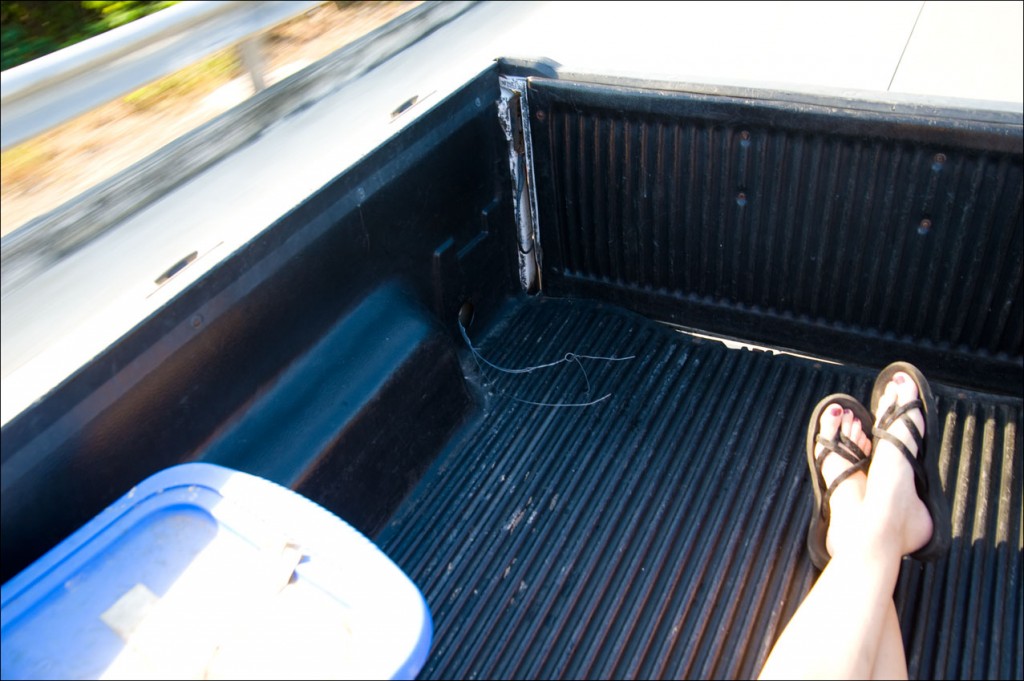 A buenos dias at the guard, a duck under the gate, a mile or so hike into the Zona Hotelera on the fancy end of Playa Del Carmen’s 5th Avenue, and I was met by a familiar face in blue shorts and flip flops.

The transaction went off without a hitch. Well, there was kind of a hitch. My dear friend J.P. announced his engagement to his darling Kelly and she flashed a little bling to prove it. 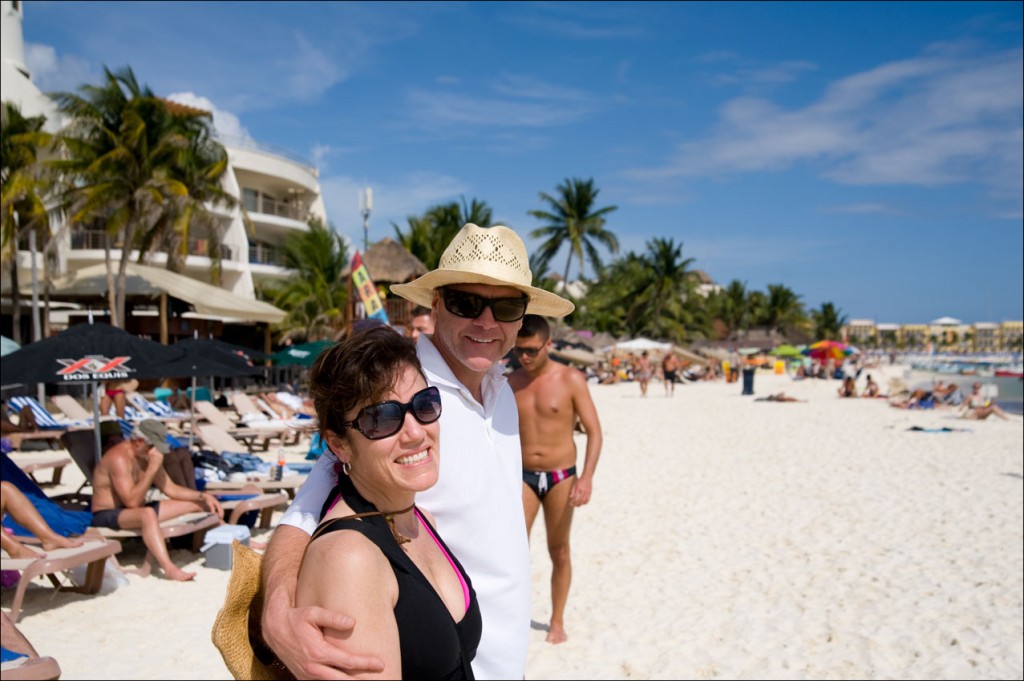 The Soon-to-be-Bilodeaus a.k.a. Mules in Flip Flops. And a Mexican guy.

And since we were already on the beach, and it was already almost 10am, and it was Kelly’s 40th birthday, and they had just announced their engagement, and I had come all the way from the Jungle in the back of a pick-up truck sitting next to a dead dog in the damp heat, we ordered a couple of Dirty Monkeys. 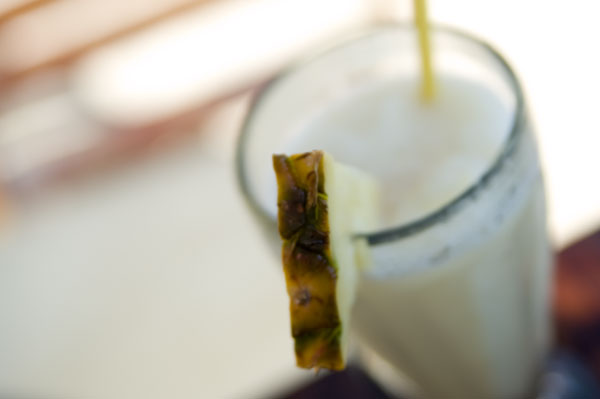 We laughed. We walked. We waded. We downed a few more Monkey’s, and devoured a dish of guacamole. I squinted into the sweltering January sun only to see that I needed to find the bus back to Akumal. And pronto. My clouds had arrived and my lagoon project waits for no man.

I’m here to work, people. I had pictures to take. 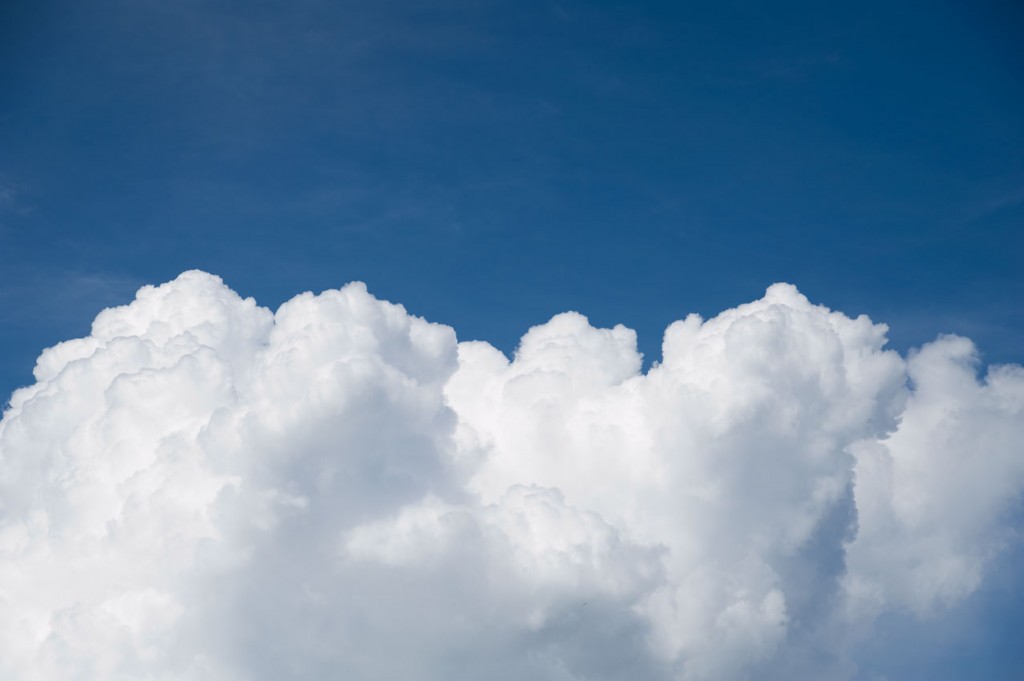 And I would have taken them except the bus forgot to stop in Akumal to let me off, even after I hollered in perfect Spanish. The driver shrugged then turned his eyes back to the road, stopping finally, in the center of Tulum. His apology was weak but the up side was I could stay on the bus and he would take me the 15 or so miles back to my town. Or so he said. In perfect Spanish. Returning to my seat gave me the few seconds I needed to recall the final destination on the ticket. The bus was set to continue on a few hours farther South, to a small town on the border of Belize. I quickly asked the driver if he was going to bring me back to Akumal after Belize.

I got off the bus. Pronto.

And at 2pm I was standing in the center of Tulum with 70 pesos in my pocket, a few thousand dollars worth of camera equipment in my pack, about 2 inches of water left in my bottle, no food and boy, did I have to pee.

I found a taxi and for 280 pesos he would gladly take me home. But for 50, well, for 50 pesos he could bring me right back out to the highway, to the entrance of the Tulum ruins, where the Collectivo buses stop and go every few minutes. Sure. Bueno. Vamonos.
I gotta pee.

It was still early by my lagoon project standards, the sun still had a few hours to go, and since it really is quick to jump into the white van with the tan locals on the side of the highway, I thought I’d take advantage of the tourist trap that is ‘Las Ruinas’ and find a bathroom. I found it alright. And it cost 10 pesos per pee. Crap.

10 pesos to my name? No Collectivo in Mexico would care enough to take me home. This much I knew. And I could hold it if it meant I had to hand over another camera. I decided I’d risk a snake bite behind the “Best Cuban Cigar Shop in Mexico.” I’ve relieved myself in riskier places.

And that’s where I found them. 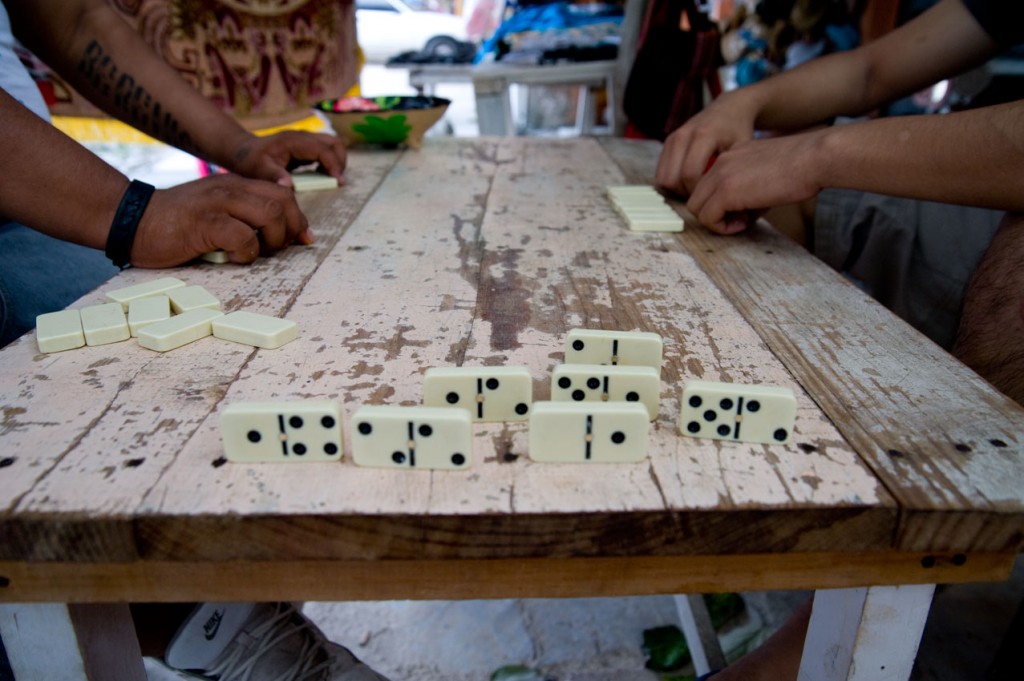 I yelled DOMINO! and before I could even think about those snakes, I was swearing and swigging and slamming down tiles, having the time of my life. My sweet summer of double sixes on a sailboat had prepared me nicely for victory after victory. Two hours later, my clouds were almost gone, the tequila was definitely gone, and I should probably be going, too.

But not before I promised “Piña” and “Perrito” that their new Amiga would return real soon. 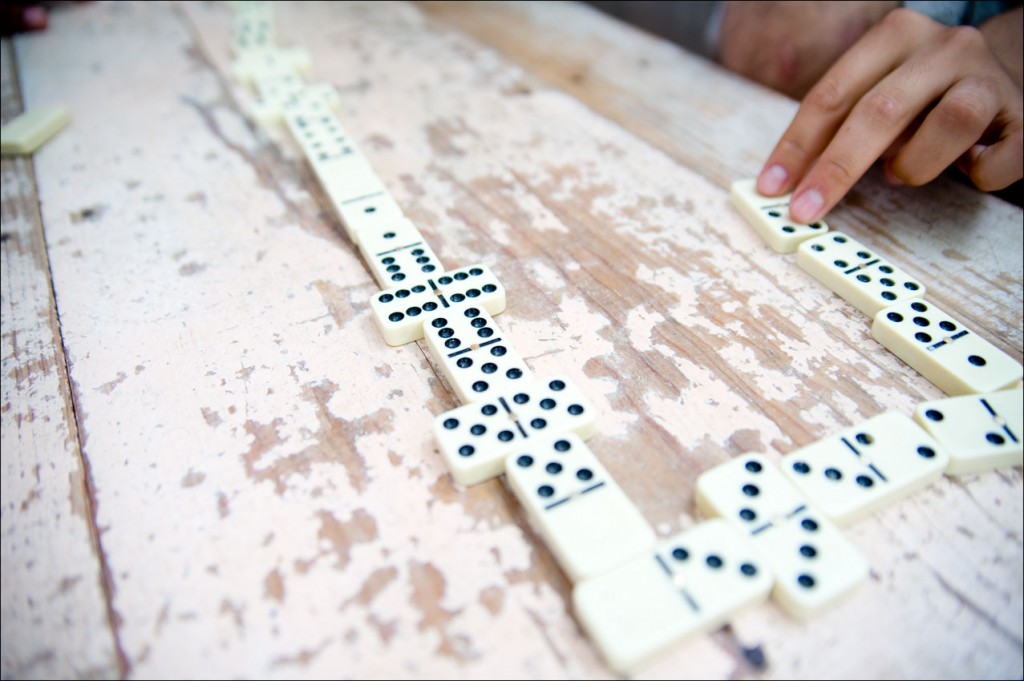 I hopped on the Collectivo and tried not to put my foot in the vomit on the floor.
For 20 Pesos.

At least I was headed back in the direction of the clouds. 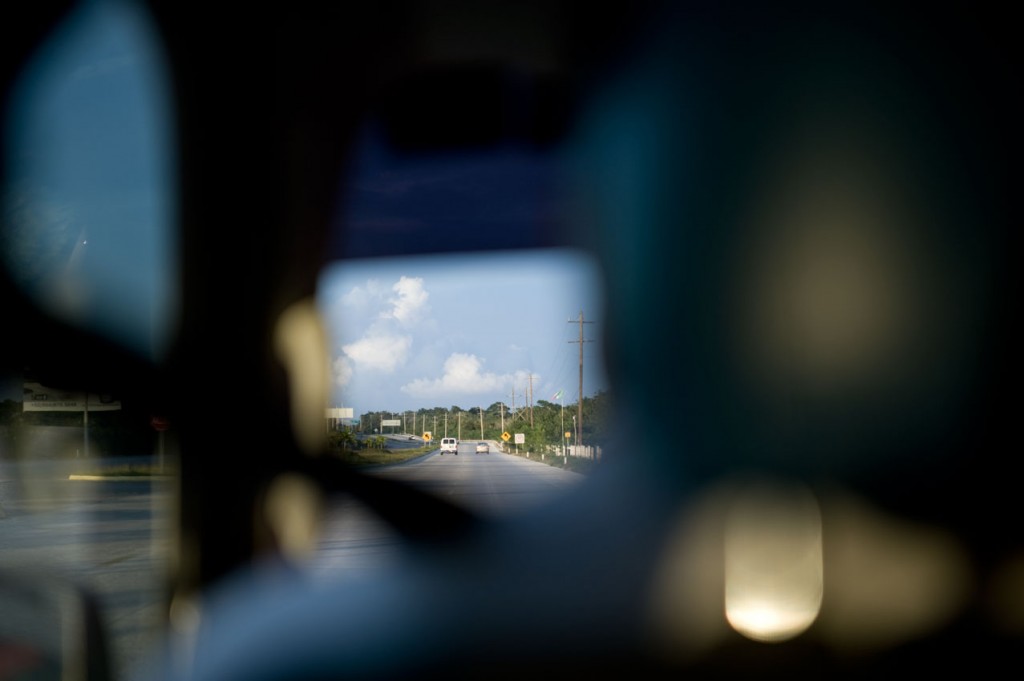 A Collectivo to the Clouds

If I could just get past millions of fire ants.

I followed their lead and I made a run for it. 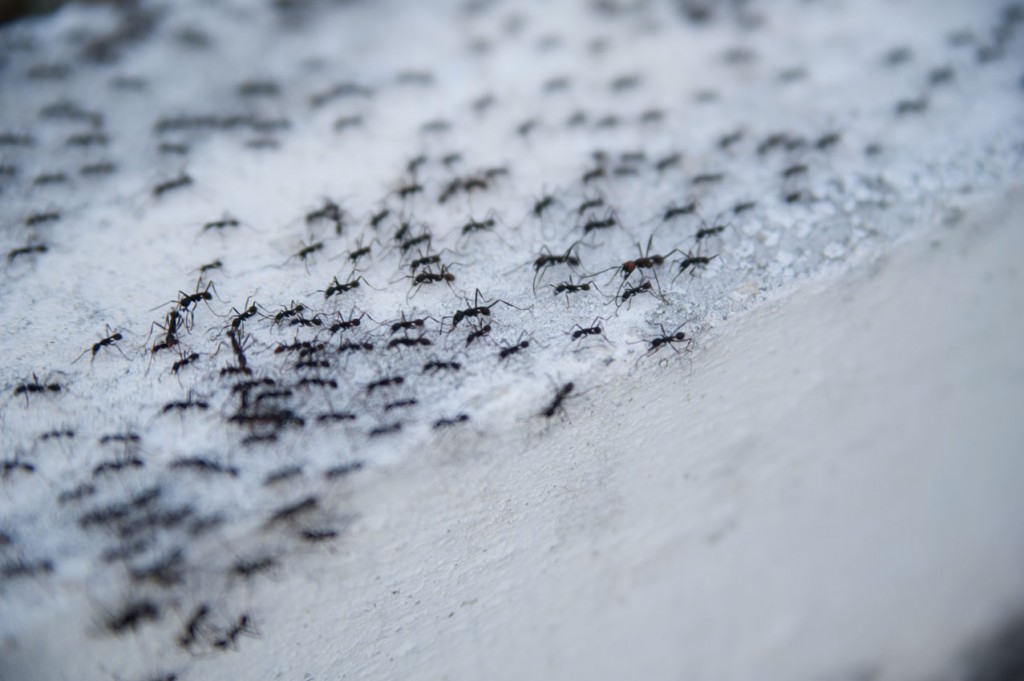 Ants. A lot of them.

Straight to the Super Chomak Market to pee. For free. 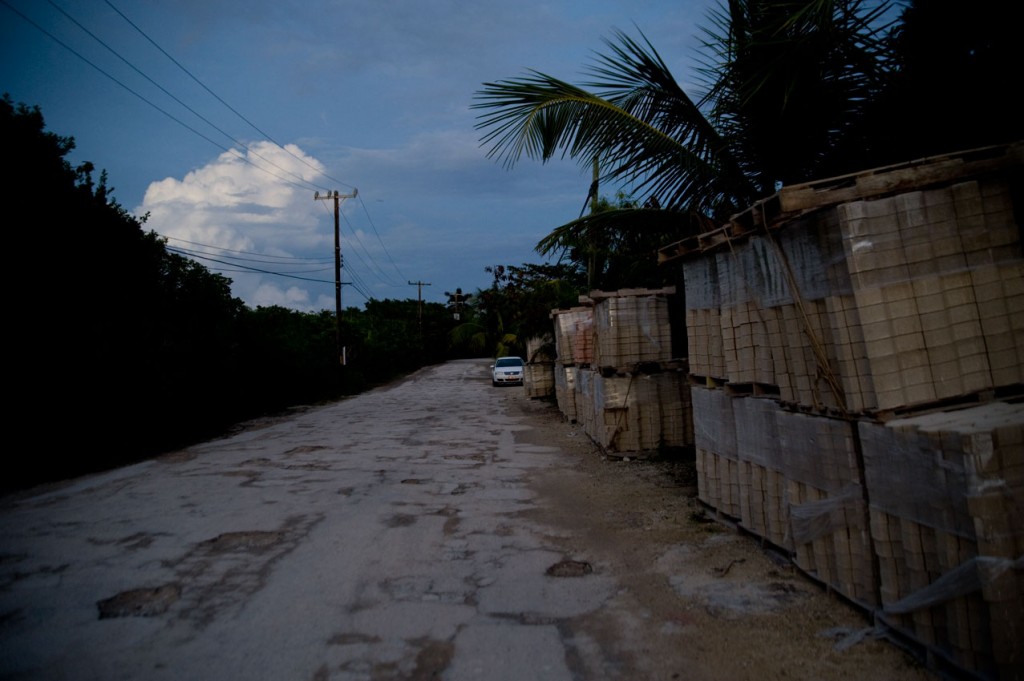 And as the Mexican sun set behind me with practiced perfection, I walked the 2 miles home in flip flops, all my new gear intact and not a peso to my name, along the most beat up road, where the very best of intentions hovered.

P.S. I’d like to remind the lovely Kine and her mate from Norway (two wonderful strangers I met on the bus, who distracted me from my own stop with their plans to travel for 4 months from L.A. to Africa)…
Write it all down, girl. Write it ALL down.